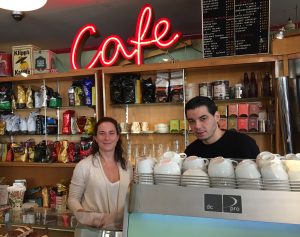 My “office” is changing hands, and I’m as gutted as the premises will be when they close it down. Strictly speaking, it’s not actually a workplace, but a local and much-loved café. I discovered this place almost seven years ago when I moved into the neighbourhood. It’s not showy or flashy, it doesn’t scream at you with shop-window marketing or streamlined, chichi interiors. Yet it emanates charm, intimacy and welcome. It has style without being stylish, beauty as opposed to fashion.

Munich is a property hotspot. Crushing difficulty in finding accommodation has become the norm. This situation has existed for decades, getting more difficult by the hour. But while German law protects private individuals regarding their rental contracts, no such protection is on the books for small businesses. This is what happened to the owner and proprietor of Kaffee Espresso & Barista, Thomas Leeb. Without any warning, he was unable to renew his lease, and he’ll have to move out of his establishment. After 15 years as a fixture of the local community of Neuhausen (centre-west Munich), the café will cease to exist.

“I’ve lived here for 10 years, this is my local café,” says patron Christine Knesebeck, who visits almost daily with her dog Tonio. “It has a special atmosphere. There’s nothing like it. It should actually have protected status.”

Kaffee Espresso & Barista – which has the name Café Hausbrandt over its door – could be seen as a work of art; “people experience it that way,” says Leeb. “It’s a meeting place with many faces. We grant ourselves leave to express our individuality.” The café – which is, he says, a shop that serves coffee – is unique in several respects. The concept behind it combines a display and sales point for espresso machines, their accessories and the quality coffee to prepare in them. The same coffee is also prepared for customers who want to step into a mini, café-sized wormhole to a relaxed, 360-degree, full-sensory experience of another, more romantic time and space. Vintage posters from early 1900 onwards cover most of the wall space. Plush leather couches and rattan chairs surround polished stone and mosaic tables in intimate clusters. Lit shelves scattered throughout the café groan with different kinds of coffee, cups, coffee pots and espresso machines and a wide array of their accompanying paraphernalia. Leeb even lavishes attention on the choice of music, which ranges from French chansons and Latin rhythms to quirky Italian songs. Boxing this place up won’t just be a gargantuan task – it’s the vivisection of a social ecosystem. 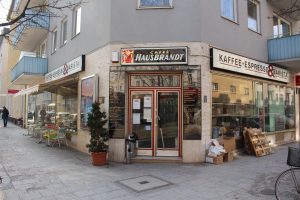 The district council is able to intervene to protect the atmosphere of its locality, but only concerning the sale of a building. In a case such as this, unfortunately, its hands are tied. Local government can do nothing to prevent the demise of Kaffee Espresso & Barista. “An appeal could be started,” says Anna Hanusch, the chair of Munich’s ninth district, where the café is located, “but ultimately the lessor has this right.” Although German law bestows certain protections on private tenants, small businesses and their owners have no such security. It would be necessary, acknowledges Hanusch, to change the law on a national level. As she also lives in the area, she says, “the café is a real institution, it’s a great shame” that it will close.

“Businesses have no protection whatsoever,” Leeb states. “That goes for rent increases and lease cancellation. Rents can be doubled. It’s called the free market.” 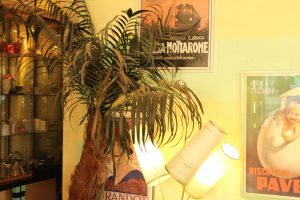 The lessor of the premises apparently has another patron lined up for the space – who will be putting a café in it, quelle surprise. But whether someone can also put an equivalent atmosphere in the space is doubtful. This is a neighbourhood café, and the locals who frequent it feel a strong sense of ownership – and great regret to see it vanish. Many people come here in the mornings for their coffee, sandwiches and pastries – takeaway or not – meeting and greeting one another as you would at your local pub. Patrons come and go throughout the day, in groups or alone, to work or hold meetings or to have a chat or just a moment’s respite with a coffee and a bun in an atmosphere described by barista Heike Kahms as “an Italian living room”. Shutting this down is gentrification without gentility. 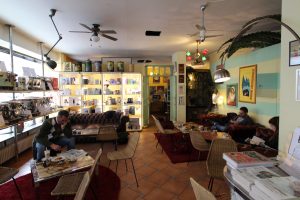 Leeb is actively searching for a new premises in the immediate area – which he acknowledges will be no easy task. In the meantime, Kaffee Espresso & Barista will close its doors to many desolate customers while he and his team box up the interior, which in its comfort and style emanates a certain, diva-like dignity.

“Building owners could decide to leave a café and not throw people out on the street,” laments Knesebeck. “I will miss this café very much.” 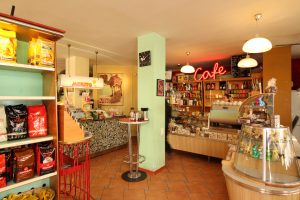 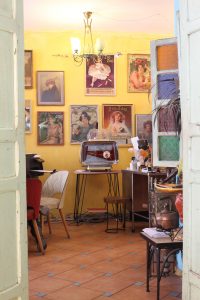 A peek into the back office at Kaffee Espresso & Barista 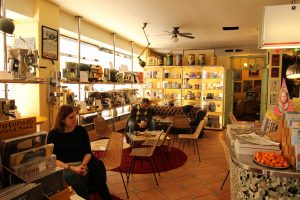